Supplementing at the Breast

This is a Brilliant article about using an At-The-Breast supplementer.  Dou-la-la writes all about using a supplement system for feeding babies expressed or donated breastmilk, or if that is not available, infant formula, AT THE BREAST.

Why is this so important?  Why struggle with having to learn a whole new process to feed your infant?  There are three basic reasons:

1- While there are those people out there that will tell you that there's no such thing as "nipple confusion" I will damn well stand on my soapbox and tell you that it's true, it DOES exist!! I went through it with my eldest son, and have seen many many mothers struggle to get babies back on the breast and latching properly after the baby has been fed with bottles.  No, not just "bottleS", sometimes even after a single bottle!!  Hungry babies will take whatever is easiest to fill their tummies, and if a flowing bottle that does the chugging for them is offered, many will decided that they don't want to work for their dinner after all. Hence the reason that it's so important to not allow hospital's to push bottle supplement feeding on newborn babies- who are especially vulnerable as they haven't learned how to latch and feed from the breast yet.

2- Supplementing a baby AT The Breast stimulates the mothers breast and encourages milk production.

3- Babes love boobs.  Breastfeeding is not just about "feeding", it's not just about getting breastmilk into little tummies... its about cuddling, smelling, and holding.  It's about the baby being with her mother- skin to skin if possible- and developing a strong bond that will last a lifetime. Nothing facilitates bonding as much as breastfeeding IMO.

This article talks about the difference between the two big commercial brands of At-The-Breast supplementers, talks about technique and most importantly shows a video of how to do it your self!!!! This is coming from a mom who achieved her goal of getting her baby back on the breast.  Her words about her journey back to the breast are inspiring.


Lact-Aid Demo: In which I take one for the team and bare it all for the greater good. 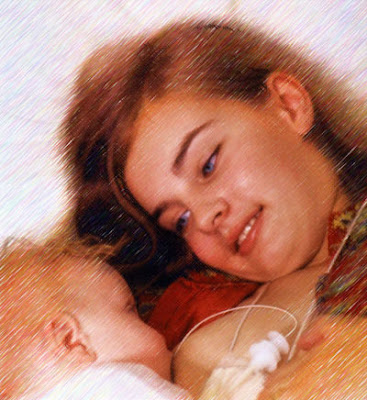 People often commend me for sticking it out the 5 months it took to get Lily nursing, and I appreciate that and do take it in, but honestly, the stubbornness that I tapped into to get her ON the breast is the same stubbornness that made me resist using the Lact-Aid, and therefore held up our progress much longer than was probably necessary. I just had to get to the end of my rope, my absolute wit's end, the point where I was truly on the edge of just giving up altogether and EPing for her. I was trying to figure out how I could make my peace with this decision, and I realized that the only way I would ever be able to be okay with giving up on breastfeeding is if I truly KNEW that I had tried everything. And the Lact-Aid was the final frontier. If things didn't work after that, then I would be able to forgive myself, knowing that I had done my very honest best. But only then.
So I took the proverbial deep breath and threw myself into it. And it was tough for a few days, but after that, grew progressively easier - and I saw progress. Real progress. Within 3 weeks she was only taking about 2 ounces per day from the supplementer (I used it at every feed, but only released the flow of the tubing when she was starting to slow down). I kept using it for another week, just to be on the safe side, but really, we had made it. We had crossed over. And it was totally the Lact-Aid - and those who convinced me to try it - that did it.

Please click HERE to read the entire article and to watch Dou-la-la's excellent video.
Posted by Danielle Arnold-McKenny at 8:20 AM

Today I have a wonderful guest blog for you all!  A friend of mine needs your help with writing a book all about breastfeeding success stories!!!!  Please feel free to share this article around on your breastfeeding support groups!!!

My name is Michele, I am mother to a 3 year old nursing son. A couple of years ago my friend Samantha and I came up with an idea to compile a book consisting of breast feeding success stories. These are stories written by mothers about any and all problems (from minor to major) that they have over come to breast feed their children. Topics include but are not limited to over/under supply, breast augmentation/reduction, lack of support/proper information, latch difficulties, medical/cultural/emotional issues. Now I would like to include a chapter about mothers stories on feeding their children doner breast milk, and one on full term breast feeders, and how and why you have decided to do this.

Each story is as long and as in as much detail as each mother is comfortable with sharing. They can include simply the facts or go into the emotions felt along each stage of their journey to breast feed or decide on using doner milk. Pictures of the little ones are welcome:)

If a parent is interested in submitting their story, or if you would like further information or have questions, please email it to bfbook@hotmail.com. Please include your name (last names not needed if you do not wish) and where you live (state/province, or just country). I am keeping a list of email addresses for all contributors and will update everyone when each stage of the book progresses. Privacy and contact information is strictly protected.

Samantha and I have decided that 50% of any and all profits made from this book will be donated to breastfeeding support. The recipient(s) will be decided as much as possible by the women who have submitted stories:) There are some books out there with some stories in them, but no book out there dedicated to mothers stories. Our hope is to not only inspire and bring hope to as many mothers as possible that they CAN breast feed despite most odds that seem against it, but to also raise awareness and much needed money for organizations that provide valuable information and support for breast feeding.

Michele Spracklin
Posted by Danielle Arnold-McKenny at 3:21 AM

In early March 2011, the administrators for Human Milk 4 Human Babies Global Network were busy nurturing their local communities and working tirelessly, cultivating a subtle paradigm-shift across the world.

Amidst the day-to-day running of our network there was a sudden flurry of activity and excitement as Victoria Gensheimer, the admin for the state of Kentucky, proposed the idea of launching a world-wide milksharing week event. At that time HM4HB spanned more than 40 countries and had over 15,000 supporters around the world. The success of the network made it obvious that families wanted access to human milk if they were unable to provide breastmilk for their babies. Victoria's proposal of launching World Milksharing Week, to both celebrate milksharing and raise awareness about human donor milk, was nothing short of the perfect "next project".

HM4HB volunteers remained busy, fostering community among the members of their pages, but the 'World Milksharing Week' seed had been planted and it continued to be brought up during discussions centred around our vision for the network. Finally, in May 2011, a group of volunteers came together to bring this wonderful idea to fruition.

On July 3, 2011, Human Milk 4 Human Babies Global Network excitedly announced the launch of the first ever World Milksharing Week, to be held from September 24-30, 2011, all around the planet. World Milksharing Week will be held annually during the last week of September, to celebrate milksharing and to promote human milk as the biologically normal nourishment for babies and children.


Wanna know how YOU can participate and encourage others to join in?  Here are some a action ideas to support milksharing week and milksharing.  Wanna Host an Event?  Let us know all about it so that we can add your event to our global events listing

ACTION IDEAS TO HOST AN EVENT

ACTION IDEAS TO SUPPORT RECIPIENTS
Breastmilk is not a scarce commodity and there are women around the world who are willing to share. World Milksharing Week participants promote awareness of human donor milk through events held around the world. All individuals and groups who encourage milksharing and who support donor and recipient families are invited to participate.
For more information about Milksharing and to find your local community please come visit Human Milk 4 human Babies 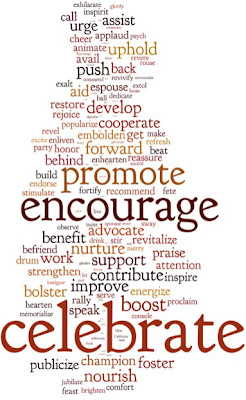 Come and Celebrate with us!!!!!

Posted by Danielle Arnold-McKenny at 11:00 AM

Promote Your Page Too